It's been a while since I've posted, I know. I've been working on a brick wall in another branch of my family (which I think I've solved, BTW).  The South Carolina trip never materialized, BUT I've planned a new adventure that will definitely happen, barring an act of God...

I'm going to County Donegal, Ireland in September to vacation and hopefully meet some Irish Baskins! I'm planning to bring a couple of DNA kits with me to hopefully prove the Donegal/Baskin connection that way. My uncle has done a Y-DNA test for me - we're waiting for those results to come in - so we'll have a Baskin Y-chromosome to compare with anyone I can convince to test over there. He and I have also both done the Ancestry autosomal test, so we'll have that to compare with also.

While I'm planning the trip, I'm trying to locate cemeteries I can search and contacting Baskin families in the area ahead of time so that I'm not just some crazy American asking for DNA when I get there! I will, for sure, visit Baskin's Cafe in Dunkineely and have their famous fish & chips. I'll post pics when I have them.

This is kind of the "Hail Mary" of genealogy, I realize, but I need a vacation and I've never been to Ireland. Wish me luck!
Posted by Alicia at 9:07 AM 1 comment:

Well, unfortunately it looks like the trip to Abbeville has to be postponed for now, folks.  My sister is getting married this summer and living relatives take precedence over dead ones! I'll keep you posted on the new plan as soon as I have one!

In the meantime, research continues! I'm now looking into the Baskin family's slaves and trying to see if we can make a connection with the African American Baskin families out there.  I also hope to get some DNA testing done soon, assuming I have the money for it.  Please let me know if any of you have information that can help with the slave research and/or would be interested in doing a DNA test.
Posted by Alicia at 10:55 AM 2 comments:

Calling All Descendants of Capt. William Baskin of South Carolina!! 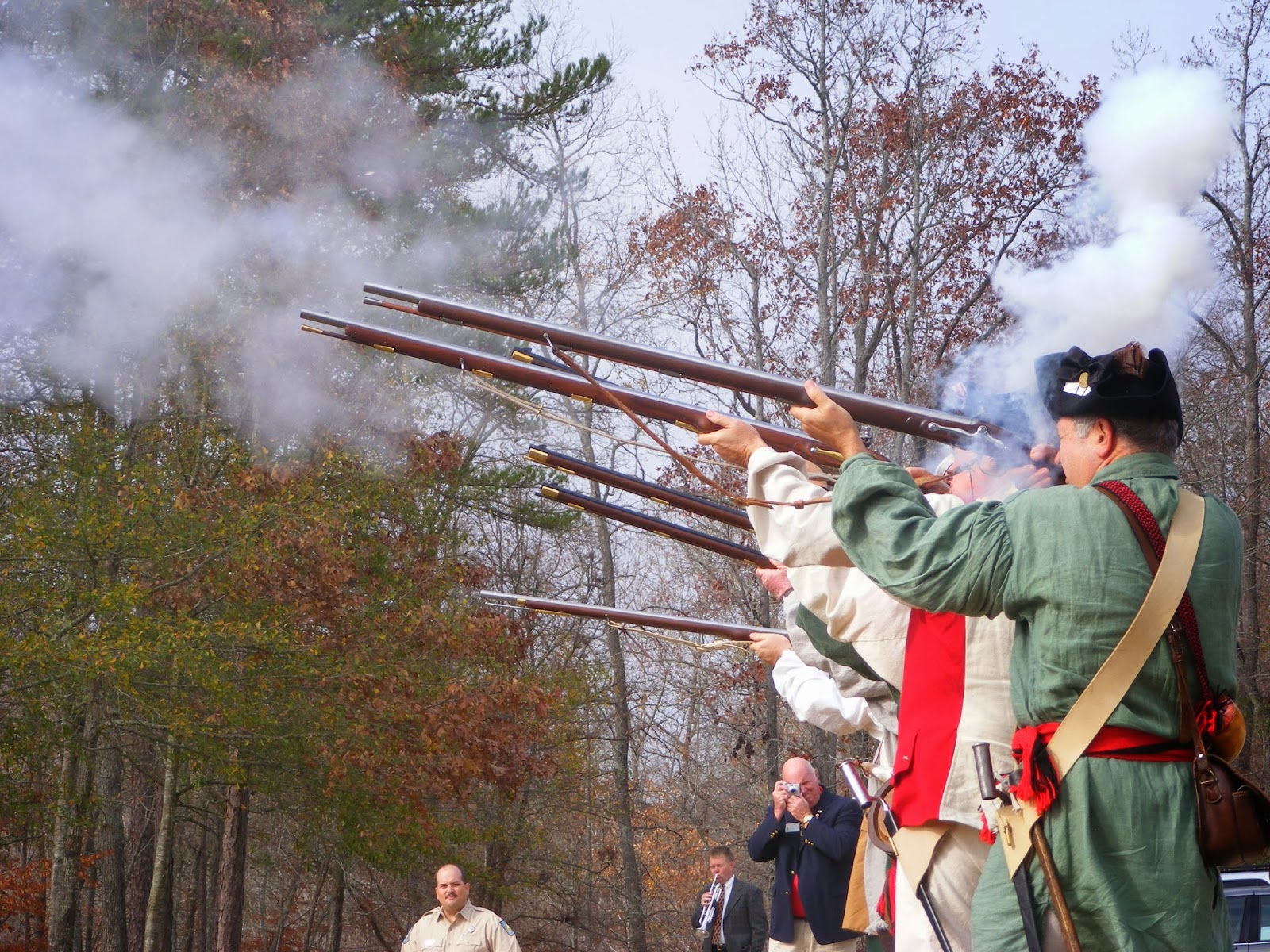 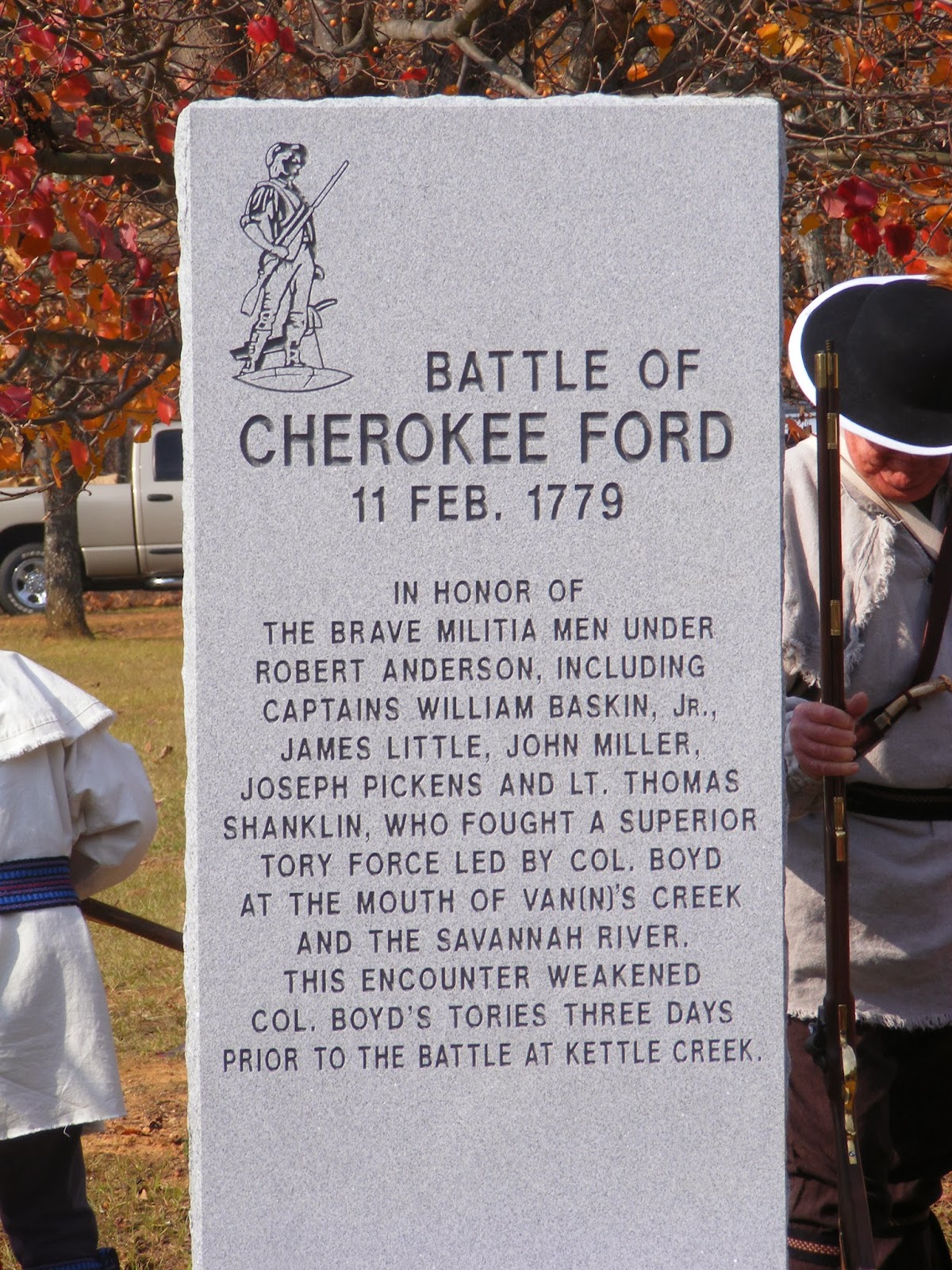 Do you remember seeing these? Perhaps in a previous blog post, perhaps in my book?  Well, the group responsible for these photos and what they contain is the Kettle Creek Battlefield Association and their Director, James Larry Wilson.  Today I received an email from Larry that I wanted to tell you all about.
The association is in the process of purchasing battlefield land to create a memorial park, and they are asking us, the descendants of these original patriots to help by raising funds and potentially sponsoring a sign to be placed in the park.  So far they have purchased 75 acres.  To learn more about the battlefield organization and their efforts or to make a donation, you can visit the website here.  I don't know how much it would cost to sponsor a sign yet, but I've asked Larry to give me a figure.  To begin with, I think a goal of $2500 is completely realistic.  After all, we only need 100 people to donate $25, or 50 people to donate $50 to reach this goal.  We all know that the Baskin family has been very prolific since the Revolution.  Surely we can get together to make this happen in honor of a man and his neighbors who fought for our freedom over 200 years ago! I know times are tough, but this is not a lot of money when it's spread among us all.  I propose (unless I hear different from Larry) that we get on the website and make whatever donation we can afford - or maybe more than one if you need to spread it out - and make a note that this is from the Descendants of Capt. William Baskin on your donation form.  To make it a little better, I'll even throw in a free copy of my book for anyone who donates $100 or more - just let me know and I'll get it sent to you!

So let's do it, Baskins!! Let's show our pride in our ancestor's service and preserve his memory on the battlefield!!!

If you'd like to learn a little more about the battles around Kettle Creek, click here.  If you have any questions, shoot me an email.

**NOTE 1/20/14:  If you'd like to donate, please contact me first.  We need to gather our donations together and submit them as one to help the KCBA to keep track of where the donation will be applied. AW
Posted by Alicia at 12:57 PM No comments:

Darlington to Columbia to Abbeville: http://goo.gl/maps/kgPbN

OK, Baskin family, I'm planning something super fun! My friend is moving back to South Carolina this month, and I'm planning to go visit her in the Spring (I think).  Since I'll already be out that way, I've convinced her to join me in a little genealogy road tripping to the State Archives in Columbia (where I know there is a ton of material waiting for me) and then on to Abbeville to search for the places good old Capt. William Baskin and his family roamed and lived and fought.  Maybe I'll even find some cool graves...

Anyway, wanted to let you all know that although I'm focusing more on other branches of the family now and doing work for my client, I'm still always on the lookout for any good Baskin info.  Of course I'll share it all here with you as soon as I can!

Wish me luck!
Alicia
Posted by Alicia at 2:27 PM 5 comments:

If you're still reading this blog, thanks!! I published this information and more for a family reunion this year.  If you'd like a copy, it is available for purchase at:
https://www.createspace.com/4133234

If I have a chance and I come across some amazing, new Baskin information, I'll post it here, too!!  Thanks for reading!!

Alicia
Posted by Alicia at 2:50 PM No comments:

Baskins and the Civil War